In the 1920s Cambridge scientist Thomas Trelone attempts to increase the capabilities of the human mind by experimenting first with dogs. By injecting hormones in pregnant bitches he produces some super-intelligent sheepdogs with large capacity brains; but it is only with a predominantly Alsatian puppy called Sirius (after the dog star) that he manages to breed an individual capable of human mental processes and feelings. Unlike normal dogs Sirius ages and matures at the rate corresponding to that of humans and is even just able to form intelligible speech. But here’s the conundrum: what kind of being is this, and how should one treat it?

By presenting his work as a fiction the author manages to raise big philosophical questions around what it means to be human as well as trying to get the reader to gauge what their emotional response should be. It’s to Stapledon’s credit that he largely persuades us to invest in Sirius as a credible character. We see the puppy, brought up by Trelone’s own family in a Welsh farmhouse, treated much the same as Plaxy, a girl close in age to Sirius, to the extent that the two — like siblings or even twins — remain almost inseparable. We learn how Sirius finds the lack of hands frustrating but still manages to engage in everyday human activities. He develops skills as a working dog herding Welsh sheep but is well able to act on his own initiative; he participates willingly in aptitude tests and assessments at Cambridge University; he experiences life in the deprived and disadvantaged East End of London. But the Second World War is looming, and when it comes disaster not only threatens but strikes.

END_OF_DOCUMENT_TOKEN_TO_BE_REPLACED 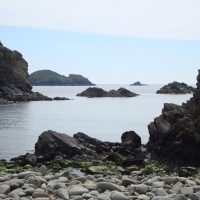