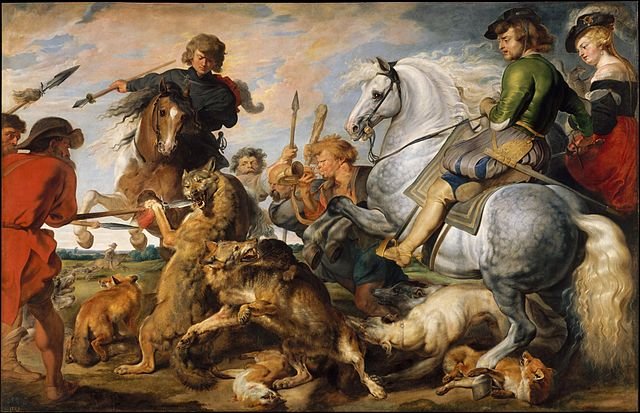 The illustration is of The Wolf and Fox Hunt (about 1616) by Rubens in the Metropolitan Museum of Art, New York (image: public domain)

In Dido and Pa much time is spent in the East End of London, in the docklands area of Wapping. But the narrative ranges more widely than this, and this post looks at the bigger picture. The role of Dido Twite’s father (Abednego/Desmond/Denzil/Boris) in this novel is huge, though his peregrinations in the capital — as we shall see — aren’t as extensive as some of the other characters.

END_OF_DOCUMENT_TOKEN_TO_BE_REPLACED

We’ve now arrived at the next point in our explorations of Joan Aiken’s Dido and Pa, an alternate history fantasy set during the 1830s in a parallel London. A review of the novel appeared here and a discussion of the convoluted chronology was posted here. I’d now like to introduce you to the geography of the locations the author puts into Dido and Pa and how they compare and contrast with what existed in our London then and how it is now.

The East End of London was a rapidly developing area of London between the late 18th and early 19th century. The Ratcliffe Highway (named from red cliffs above the Thames) overlooked the Wapping marshes on the north bank of the river. Here new docks were carved out in a series of basins, with new warehouses to house the goods brought upriver to the capital. The area also attracted shady characters and gained an unsavoury reputation: the famous Ratcliffe Highway murders in 1811 (examined by P D James, co-author of The Maul and the Pear Tree) were, in terms of notoriety, just the tip of the iceberg.

It is here that Joan Aiken chose to set most of the action of Dido and Pa.