Published in 1929 when the author was nearly 40, this 1928 novella represents Lovecraft in his fully-fledged antiquarian horror mode, set in one of his preferred New England locales and in the university town of Arkham, Massachusetts. Sparsely settled as parts of Essex County were in the early 20th century, folks there kept pretty much to themselves, leading to some families becoming inbred. And then there’s this one branch of the Whateleys, consisting of the decidedly strange and reclusive Lavinia, her eccentric father known as Wizard Whateley, and her very strange infant Wilbur, father unknown.

The nearby settlement of Dunwich is spooked by odd lights and disturbing rumblings in and around Sentinel Hill, and by the strange foetid smells that emanate from the Whateley homestead. Still, Wizard Whateley pays out good gold for the succession of cattle that are led to the farm though, curiously, the herd never gets any larger.

But when building works at the farm change the house’s internal layout it rouses more than their mild interest, as does the rapid growth and precocious behaviour of young Wilbur, who shares his grandfather’s predilection for ancient arcane knowledge. That predilection leads Wilbur to consult old tomes in centres of academic excellence – including Arkham – but unfortunately his last visit to Arkham triggers a series of incidents soon known as the Dunwich Horror.

END_OF_DOCUMENT_TOKEN_TO_BE_REPLACED 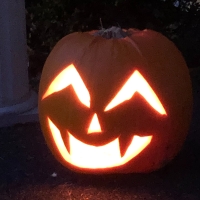