A Sicilian Romance
by Ann Radcliffe,
edited with an introduction and notes by Alison Milbank.
Oxford World’s Classics 1998 (1790, 1821 edition)

The commission of one crime often requires the perpetration of another. When once we enter on the labyrinth of vice, we can seldom return, but are led on, through correspondent mazes, to destruction. — Chapter XV

Ruinous castles, subterranean passages, tempest-tossed shipwrecks, bloodthirsty bandits, damsels in distress, villainous rulers, picturesque scenery, murder most foul — if anything defines the Gothick novel it is a selection of these features. And A Sicilian Romance, one of the early examples of this genre, has these in bucket loads.

In addition, setting her story in the island of Sicily allowed Ann Radcliffe full rein to indulge in the frissons of horror and bewilderment that her readership expected, gleaned from travellers’ tales and from the dramatic pictorial landscapes that proliferated during the 17th and 18th centuries.

In this, her second ever novel — this text is that of the 1821 edition — the author produced a fine novel in the Gothick tradition which, despite a few infelicities in factual detail and unlikely coincidences, still thrills the reader with its account of moral retribution.

As the opening frame narrative tells us, this story concerns the castle of Mazzini, now in ruins, which stood on the northern coast of Sicily. Here once lived the orphaned sisters Emilia and Julia with their mother’s confidante Madame de Menon; their father, the fifth Marquis of Mazzini, is distant by nature and distant by abode, living the high life with his new wife Maria de Vellorno in Naples, attended by his son Ferdinand. Somewhat unexpectedly, the marquis returns to Sicily with wife, son and a large entourage, amongst which is Hippolytus, Count of Vereza, whom second daughter Julia falls in love with, and he with her.

However, the new marchioness has also set her cap at the Count; the ambitious marquis has plans to marry Julia to the Duke de Luova; and the servants are in a flap about the possibility of ghostly visitations to the disused and inaccessible southern castle buildings. Following these triggers events are set in train which will result in deaths and disappearances and the eventual dissolution of the castle edifice.

This is an eccentric historical romance, especially considering those we’re more used to a couple of centuries later. By turns sedate then frantic, realistic then improbable, with plot twists and turns the labyrinthine nature of which is meant to confuse and obfuscate, A Sicilian Romance hammers home three key concepts: the sublime, the picturesque and the romantic. The sublime, which meant tending towards the spiritually elevated, referred to the natural landscapes of Sicily, principally prospects afforded from a particular vantage point. These landscapes were frequently picturesque, which usually meant that the action had to be suspended so that the viewer could contemplate the scene much as one might stop in front of a painting in a gallery. Finally, romantic in a more archaic sense indicated tales of action and adventure, of a kind developed from ancient Roman legends and epics which the medievals called romans.

Thus, in A Sicilian Romance we have individuals and lovers fleeing pursuit by authority figures or brigands through wild countryside or desolate mansions or monasteries, caverns or tunnels, pausing occasionally to experience sublimity or meditate on their misfortune before the chase recommences. Does this hinder one’s appreciation overmuch? I think once the reader relaxes into the conventions of this style, its verbosity and its emotionalism, it rattles along very comfortably.

The reader doesn’t need to be reminded of the fondness that Jane Austen’s heroine Catherine had for Radcliffe to recognise her influence in Northanger Abbey (the owner of which residence was believed to have done away with his wife), or that Elinor and Marianne in Sense and Sensibility are remarkably good matches in terms of temperament with Emilia and Julia. In addition, Radcliffe signals her debt to Shakespeare with a direct quote from the ghost’s speech at the start of Hamlet, sepulchral words suggesting that violence may have been done. Editor Alison Milbank also gives a passing reference to The Winter’s Tale as a suitable parallel to A Sicilian Romance: both works are set in Sicily and involve a jealous ruler, a loyal confidante and the passing away of a mother, a ‘lost’ daughter and a shipwreck, and a final restoration. The first play explicitly cites a restless spirit haunting a castle while the other, though only in a veiled way, suggests subterfuge is involved before the resolution.

The introductory notes (which as always should only be read after the work) are quite enlightening as to what Radcliffe brings to the Gothick genre, though I am leery of the overt Freudian interpretations Milbank offers us. However she does note the apparent paradoxes the novel explores, such as the more the pursuers pursue the less likely they are to find what they’re looking for, while random wanderings may lead some to find what they’re unconsciously seeking. This paradox principle also seems to guide the accelerated activity that characterises the final third of the novel, with blocks and obstacles — however unlikely or coincidental the outcomes — providing as many spills and thrills as a blockbuster action movie.

As I proceeded I was struck by how this novel — with suitable adaptations of course — could work well as a stage play or a filmed period drama. Despite it supposedly being set in the late 1500s, however, anachronisms (such as the mention of a pianoforte) and inaccuracies (a religious house like St Augustin’s would never have an unsegregated mixed community of monks and nuns) mean that it’s better to see this as a fantasy set in a notional late medieval or early modern era. That would be fitting considering that Radcliffe’s experience of Italian landscapes would have been limited to romanticised engravings and paintings and writings arising from aristocratic Grand Tours: these are the backdrops I imagined when I followed the fortunes of the principal protagonist, the brave and put-upon Julia, and those of her family and friends; these also are ‘labyrinths of vice’ that the schemers and the banditti inhabited, in which they preyed on the innocent and good. 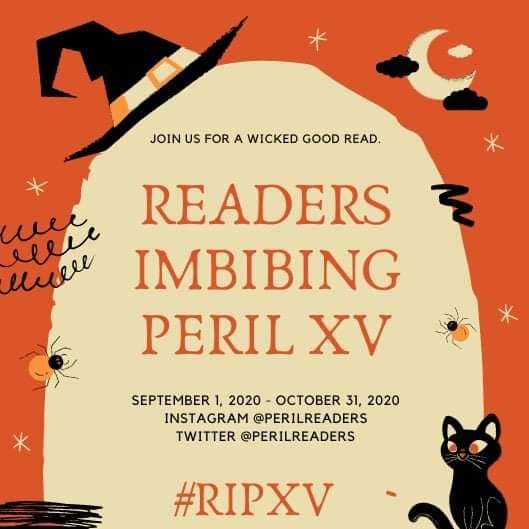