Enough for one,
Too much for two,
Nothing for three.
What is it?
— epigraph to Secret Tales from Wales

I always smile to myself when I see journalistic headlines like The Top Ten Secret Beaches or The Secrets Only Locals Know, because once those details are screamed out at you and tens of thousands other readers, whether in hard copy or online, by definition it’s no longer a secret. They become the Top Ten Best Known Beaches or Famous Local Facts All the World Knows.

So the title of this book doesn’t refer to tales never ever revealed before but to stories about secrets. And the tales are from Wales because the writer is Welsh, not because they are unique to Welsh tradition.

Daniel Morden is a professional storyteller, and his expertise shows in these nine pieces. What he has done here is to take various motifs or tropes from traditional tales and spin them in something fresh and new, like Rumpelstiltskin turning straw into gold. A few touches give some offerings a Welsh flavour — Abergavenny makes a passing appearance, as do the Welsh Marches, and a couple of characters (Robin Ddu and Tanwyn) have names from the principality — but otherwise these are narratives with universal appeal.

So here are Morden’s recastings of The Sorcerer’s Apprentice and Cinderella, The Smith and the Devil (tale type ATU 330) and Lazy Jack, a trope from the Mabinogion and another from the Arabian Nights, but all are given tweaks so that we feel we are hearing them for the first time. As an example the Cinderella story is entitled ‘The Cinder Girl and her Cruel Sister’ but already we can see the jettisoning of the notion of two Ugly Sisters; to that Morden adds the Patient Griselda motif which shines a light into unexpected aspects of the familiar Cinderella narrative.

The pieces are all about secrets: in a book, in a ring, in a riddle; and also about masquerading as someone else and getting away with it, about being forced to keep a deadly secret, and tricking a fool for his own good. But there is also humour, and redemption, and downright fibs; and throughout the sureness of touch which is the mark of a master craftsman and a guarantee of good tales well told. These are definitely pieces with an oral dimension, and the reader can easily imagine these being told live by an accomplished storyteller such as Morden.

Eight full-page black and white illustrations by Brett Breckon adorn this booklet along with miniature chapter headings, adding even more class to a slim publication which, despite its mere eighty pages, is well worth treasuring if you can obtain a copy for yourself. 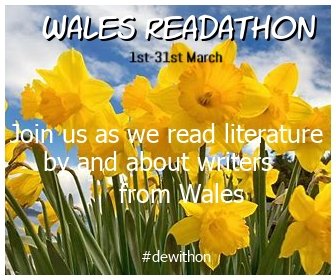