Every so often I put up a post drawing together themes, or characters, or places. As we approach a turning point in the year — in this case, the end of 2019 — it is tempting to start a summative series of posts. But I shall resist that impulse, reserving such an approach for December.

This time I shall merely attempt to summarise what the last few books I’ve read have, or indeed don’t have, in common. Why? Because, like all of us, I am a pattern-seeking animal and like to check that life isn’t just a random sequence of events, with no meaning or significance at all. According to Goodreads these are the books I’ve read since early summer, up until the end of October. The top row suggests a run of reading children’s books, the next row a fair number of classics, followed by a mix of genres. There are mysteries too: two titles with ‘secret’ actually in the title — The Secret Garden and The Secret Passage — two Agatha Christie crime novels set by the sea, and a handful of books in the crime(-ish) genre set near the coast of Scotland, Sussex and Dorset.

There are also aquatic voyages (No Signposts in the Sea and The Little Grey Men) and stories set in space (the graphic novel Alien and WE); the two non-Christie mysteries are by John le Carré and E F Benson; you may have spotted the two final titles in a Robertson Davies trilogy, rereads of two Joan Aiken novels and a couple of non-fiction books.

But what I really want to focus on are themes, people and places across the two dozen and one titles pictured above. First off is spooky reads, partly inspired by the lead-up to Halloween: supernatural tales by British children’s authors — Nina Bawden, Diana Wynne Jones, William Mayne, Anne Fine and a yet-to-be-reviewed novel by Lucy M Boston — ranged from hints of the supernatural through accidental magic, magic realism and voodoo to ghosts, from authors writing in the middle of the 20th century to the decade we’re currently in. And to show that children’s fantasy knows no bounds I can also point to Christianna Brand‘s Nurse Matilda and The Little Grey Men by ‘BB’.

I enjoyed the range, from comedic to near tragic, that these titles offered: the farces of Diana Wynne Jones’ three novellas contrasted with the gentle existence depicted in Lucy Boston’s novel but even more with the darker themes of Bawden’s The Witch’s Daughter and, particularly, Anne Fine’s Gothick tale.

Spookiness is not confined to children’s fiction, however; there are supernatural themes, hidden or not, in Robertson Davies’ The Manticore and World of Wonders, in Steppenwolf and even hinted at in Angela Carter’s Heroes and Villains and in Charlotte Brontë’s Shirley, not forgetting the fantastic elements in Alien.

Let me now talk about places, in particular the great countryside mansions that feature in so much of British and especially English literature. Charlotte Brontë, for example, based Shirley‘s Fieldhead and Briarmains on two real-life mansions she was familiar with in West Yorkshire, the first in its own parkland, the second in a smallish settlement. Concurrently with other books I’m also reading Charlotte’s Jane Eyre, set mostly at Thornfield Hall with its now-famous secret occupant, but of course many other titles include a similar country house motif. Joan Aiken’s two novels feature Willoughby Chase and Midnight Place, both of course directly influenced by Charlotte Brontë’s Thornfield prototype with either a governess or a fatal fire; and there’s also Misselthwaite Manor in The Secret Garden which, set echoing by the wuthering wind off Yorkshire moors, can only be referencing Charlotte’s sister Emily’s Wuthering Heights.

Anne Fine’s The Devil Walks not only has its isolated house, the sinister High Gates, but as with Green Knowe in Lucy Boston’s The Children of Green Knowe it’s associated with a scale model of itself in the form of a dolls house. There are unnamed country houses of the imagination in Angela Carter’s dystopian Heroes and Villains and in The Little Grey Men, but John Preston’s The Dig is set adjacent to Sutton Hoo in our own world. The Gothick Swiss pile that is Schloss Sorgenfrei which features in Robertson Davies’ World of Wonders was for me a rare foray abroad.

Urban settings are not ignored, as in the Hastings of Benson’s The Blotting Book, the school embedded in the fictional Dorset town of Carne in John le Carré’s A Murder of Quality and the equally imaginary seaside town of Henstable in Nina Bawden’s The Secret Passage; but none of these really stand comparison with the intricacies of a country mansion or castle, unless it is The Magic Theatre in the unnamed German town of Hermann Hesse’s Steppenwolf.

What is it about these buildings in their landscape that we find fascinating? Sometimes it may be that they speak of an innate conservatism, of a heritage that admits of little change, of all’s-right-with-the-world, a comfort read such as we find from Lucy Boston’s Green Knowe. Other times it must surely be that there is a sense of corruption within the architectural or social fabric, a corruption that can only be eradicated by destruction. Such extreme measures are for instance found — *spoiler alert!* — in fires at Thornfield Hall, Midnight Place and High Gates: as Rochester says of Thornfield in Jane Eyre,

“You cannot discern that the gilding is slime and the silk draperies cobwebs; that the marble is sordid slate, and the polished woods mere refuse chops and scaly bark…”

The final theme I want to draw out — though just one among many — is death. The Devil Walks may hint at it in its mansion’s name, High Gates, which recalls the famous Highgate cemetery in north London. Reminders of mortality are not unexpected in adult literature but may for some readers be surprising to find in novels for youngsters. But isn’t this just the place to introduce what’s now often a taboo subject for discussion? Especially when it’s sensitively presented, avoiding the graphic depiction of violence?

The ‘offstage’ death of parents is a staple of children’s fiction, for example, meaning the orphan protagonists have to find apt ways to cope. This is the case in the novels by Anne Fine, William Mayne, Nina Bawden and Joan Aiken (both the novels by the last two authors). But the death of individuals, sometimes loved but frequently otherwise, occurs during the course of a tale; it may be from a fire, or a drowning, or simply old age, but the impact may be harder if the reader has become acquainted or more fully involved with them.

There is less squeamishness when it comes to the adult novels: you expect it in crime novels — Christie’s for sure, also those by Le Carré, E F Benson — and in horror, as in the graphic novel of Alien; but we’re unabashed to find death in the pages of a dystopia, a magic realist narrative, a fiction revolving around an apparent suicide or a fiction where the narrator has a terminal illness.

Weirdly, given so much death in my reading material, it hasn’t been a depressing experience: death is a natural part of life, after all, but it is I believe the manner of one’s living that matters.

So, now that I’ve outlined my observations, have you noticed unconscious patterns in your reading too? I’m not specifically referring to blogging events — even though my spooky reads were partly suggested by Readers Imbibing Peril (and similar celebrations) and finishing the Deptford Trilogy was motivated by the Robertson Davies Reading Week. Let me know in comments below or, better still, write a post about it in your own blog! 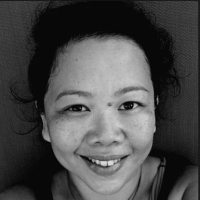