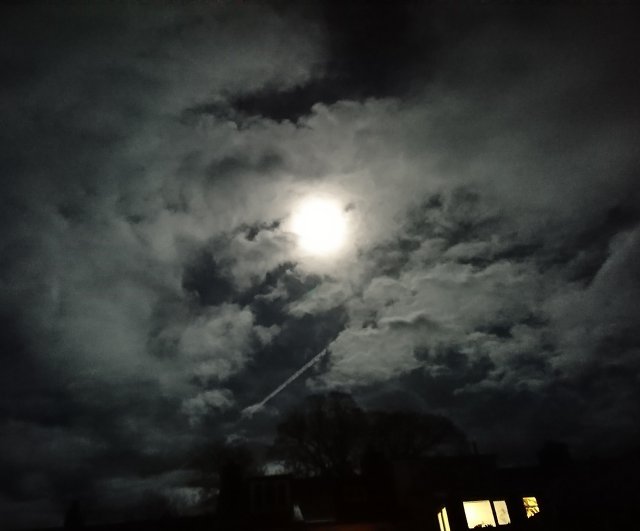 April is proving to be a Month of Random Reading. Which is good, I think. Especially as May will be a month of fantasy reads under the Wyrd & Wonder banner.

There are eight fantasy subgenres offered for consideration, and in this anticipatory post I shall be looking at them in a little more detail, seeing what I’ve already read that falls in each category (links are to my reviews or discussions) and ruminating on what I might choose to read in the merry month of May. Though I may change my mind at the last moment.

It’s possible I shall read one example of each subgenre in the space of four weeks, perfectly achievable at the rate of two a week, but I’m making no promises!

The epitome of epic fantasy has been Tolkien‘s The Lord of the Rings: a vast canvas spread over a secondary world where magic is a given and heroes and villains and fabulous creatures are potentially around every corner. Some, like me, prefer the term ‘high fantasy’ to ‘epic’ as the latter might imply a scale (battles, disasters, the fate of a world etc) that some works simply may not aspire to.

As well as his Middle-Earth epics Tolkien tried his hand at recasting North European sagas, such as The Story of Kullervo and The Legend of Sigurd and Gudrun, but it’s for The Hobbit and LOTR that he’s best known, the latter a work that I hope to revisit for the umpteenth time soon, this time actually settling down to a review or more.

I’ve enjoyed quite a few of these secondary worlds. Obviously Tolkien’s The Hobbit, in its original form or even as a graphic novel, but also Ursula Le Guin‘s Earthsea series, and Patricia McKillop‘s trilogy The Riddle-Master’s Game, both written soon after Middle Earth was first making its impact. Diana Wynne Jones, who attended some of Tolkien’s lectures (also those of C S Lewis) paid her own serious tribute in her Dalemark Quartet; and Australian authors Alison Croggon (the Books of Pellinor) and Garth Nix (the Old Kingdom sequence) have achieved equal success in creating consistent and credible secondary worlds.

The hobbit creator didn’t of course work in isolation: E R Eddison‘s sequence, which began with The Worm Ouroboros, was among those works which were known to Tolkien. But I think I’ve made the point about fantastic secondary worlds — Middle Earth, Earthsea, Dalemark, Pellinor, Old Kingdom and so on — certainly enough to make it hard to decide where to go next on my virtual journey. Perhaps the Old Kingdom, as there’s this one Garth Nix collection which includes a novella set there …

When it comes to so-called Low Fantasy the point is that there is some kind of freedom of movement across the borders of our mundane planet (the primary world) and a world of magic. As always, genre boundaries are also very fluid, so looking at a list provided by Wikipedia I see some very different bedfellows.

Susan Cooper‘s The Dark Is Rising has the worlds of the Dark and the Old Ones intruding on 1970s Britain, for example, while in E Nesbit‘s Five Children and It we note that a psammead or sand fairy has turned up on the Kent coast in the early years of the 20th century.

Skip to the closing decade of that century and Good Omens by Neil Gaiman and Terry Pratchett has beings from Old and New Testament mythology interfering in human affairs — again. And in The Dark Lord of Derkholm Diana Wynne Jones cunningly has the reverse journey to the secondary world as the featured itinerary, with package holiday tourists travelling to a parallel world of magic in order to indulge in real-life (as opposed to virtual) role play. However, death happens to be an option, whichever world you are in.

I don’t want to create the impression that just Britain is blessed (or cursed) with these visitations from secondary worlds. Tuck Everlasting by Natalie Babbitt, for example, has magic intruding into a North American landscape (perhaps the Ohio countryside that Babbitt would have known as a child) in the form of a fount of everlasting life. Though the spring’s origin is never explained, its numinous as well as magical quality suggests it’s not of this world.

What will I read for this category? Perhaps, as it’s been a good many years since I first began the series, I shall start my reread of J K Rowling‘s well-known novel sequence of the Chosen One with Harry Potter and the Philosopher’s Stone. I know some might find this naff, but where else better to enjoy the intrusion of a magical world into our own?

It’s grim, and it’s dark; it’s Might Is Right and it’s violent. Not my kind of thing, but as Grimdark seems to cover a realm of sins, I’m going to go for Michael Moorcock. Maybe an Elric story (I have The Dreamthief’s Daughter begging for a reread) or The War Hound and the World’s Pain which features Ulrich von Bek, perhaps an avatar or alter ego of the previously mentioned Elric. I don’t know if either of these counts as grimdark, but I’m going for one of them.

Examples of this genre include Ben Aaronovitch‘s Rivers of London, Neil Gaiman‘s Neverwhere and Chris Westwood‘s Ministry of Pandemonium, and I’ve even seen the Harry Potter series included in this category (but then Harry Potter seems to fit many fantasy categories). I may go for a China Miéville novel, perhaps (Kraken, curiously, also features an underground London — is there no other metropolis for British writers?) but I’m also aware that Mieville’s specialist genre is urban weird.

Anyway, I reserve judgement here; perhaps I’ll just plump for Andrew Caldecott‘s Rotherweird, which is at least set in an urban landscape that isn’t London.

Portal fantasies seem to me like a subcategory of Low Fantasy, in which the secondary world is accessed by, well, some kind of portal. It’s a wardrobe to start off with in C S Lewis‘ The Chronicles of Narnia, a door in Neil Gaiman‘s Coraline, a fortress door in Diana Wynne Jones‘ Howl’s Moving Castle, and a rupture in space to access other worlds in Northern Lights and the subsequent novels in Philip Pullman‘s His Dark Materials trilogy.

Portals also abound in the Narnian-inspired trilogy by Lev Grossman, beginning with The Magicians. As I haven’t yet reviewed the last in that sequence, The Magician’s Land, now may be a good time for a reread.

Magic or Magical Realism is a broad church, popular even among writers of ‘serious literature’ who seem frightened to be tarred with the brush of fantasy. Gabriel García Márquez is well regarded as such a one, though to date I’ve only read Of Love and Other Demons. Neil Gaiman is sometimes credited as a magic realist writer though when titles like American Gods and The Ocean at the End of the Lane are cited I begin to wonder if subgenres mean anything at all. Katsuo Ishiguro‘s The Buried Giant perhaps fits this slot better, but I think it’s a novel that crosses boundaries.

I think I’ll dig out an Angela Carter novel.

These two categories I’m going to discuss as one, before we all lose the will to live. I have no end of books on fairytales on my shelves so, having an eye on time, I shall dig out the shortest I can find. Maybe it’ll be a modernish literary fairytale or perhaps it’ll be a collection of tales that form part of the oral tradition. Who knows?

With mythology I had thought of Jason and the Argonauts but again, with laziness and time pressing, I may search out something shorter. Even The Epic of Gilgamesh, cobbled together over years from fragmentary texts, was more complex than I anticipated so I shall have my work cut out. It’s possible I have a child’s version, or even a literary retelling, of some ancient myth. But I’m already getting ahead of myself, plenty of time to decide . . .

And you? Are you planning to join in this event?