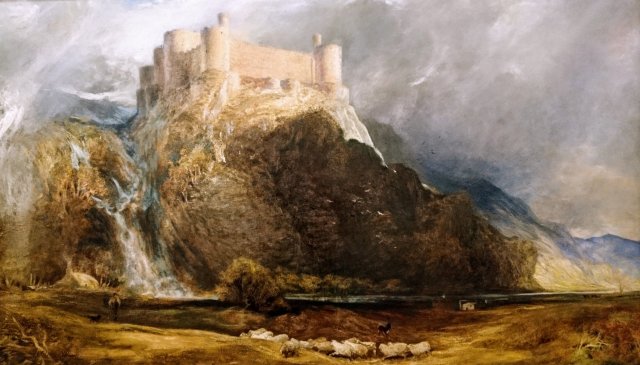 Harlech Castle: Four Square to All the Winds That Blow (1898) by Henry Clarence White (National Museum of Wales)

W J Gruffydd:
Folklore and Myth in The Mabinogion
University of Wales Press 1958

This slim booklet (with a little under 30 pages of text) reproduces a lecture given at the National Museum of Wales in 1950. However, despite a slightly misleading title discussion ranges a little more widely than it implies: it doesn’t deal exclusively with the several native Welsh tales in the collection commonly called the Mabinogion, nor is it limited to folklore and myth — fairytale is also involved (sometimes argued as a subgenre of folklore, other times as distinct), and literature too of course, the texts having come to us in written form with evidence of substantial editing.

In fact, a large part of the lecture is taken up with discussion of the nature of fairies in Welsh traditions; but I’m leaping ahead, as poet and academic William John Gruffydd begins with an attempt at defining what ‘folklore’ actually is.