This is the first in a series of occasional posts discussing Joan Aiken’s Dido and Pa, one of the instalments in the Wolves of Willoughby Chase sequence (otherwise known as the Wolves Chronicles). Yes, it features wolves too!

Here, however, I wish to examine the vexed question of how the novel fits into the Chronicles timeline, and why the answers we seek may not be straightforward or even resolved in a satisfactory way; it won’t be a short post, sorry.

If you are new to Dido and Pa — or indeed to the Chronicles — you might want to look away now. (Links are to posts detailing various attempts to justify my conclusions on chronology.)

THE STORY SO FAR

When Joan Aiken published The Wolves of Willoughby Chase in 1962 the action quite clearly took place in the second half of 1832, going into the spring of 1833; James III had just been crowned (at midsummer, we’re led to believe). When Black Hearts in Battersea appeared in 1964 art student Simon had arrived back in London in 1833, meeting Dido for the first time and inadvertently getting involved with Hanoverian plotters. We last heard that Dido was feared drowned in the North Sea in December of that year.

Dido of course survives: having been picked up by a whaler she awakes from a coma, in October 1834 as we gather from events in Night Birds in Nantucket (1966). By the time she gets to Nantucket it’s the summer of 1835, as we surmise from weather conditions (summer mists are common for the island). It’s implied that Dido is imminently due back in England, with indications that she will revisit Nantucket the following year (1836).

The next instalment of Dido’s story to be published was The Cuckoo Tree (1971) but before that we had The Whispering Mountain (1968) featuring young Owen Hughes. Joan set this in the same alternative history — we meet James III’s son the Prince of Wales — but the consensus is that it’s a prequel, one that nevertheless must be set after 1832 if James III is on the throne. We meet Owen again in The Cuckoo Tree when he can’t be much older, so I suggest the Welsh episode must surely be in the time frame of 1834 x 1835 at the very least.

So far so clear—but now it starts to get complicated.

Dido and Pa (1987) begins immediately after The Cuckoo Tree (which had actually been published 16 years before) but there are two, seemingly insoluble, even insurmountable problems — one micro, the other macro. I’ll deal with the micro presently, because the macro gives us the bigger headaches.

In 1980 Joan had visited Australia and New Zealand, and one of the outcomes of that trip apparently was The Stolen Lake (1981) — which, incidentally, was the very first Wolves Chronicles I ever read when it was issued in paperback. Joan had set The Cuckoo Tree in the November of, presumably, 1835, after Dido had left Nantucket and was accompanying Captain Hughes of HMS Thrush to London suffering from the after effects of wounds acquired during the China Wars. She had clearly wanted to bring young Owen Hughes’ father into the Chronicles but needed to plug the gap between Captain Osbaldeston commanding the Thrush and Captain Hughes taking over.

Hence the South American adventure in The Stolen Lake which allowed that changeover in command as well as giving Joan free rein to build on the history of Welsh settlement in Patagonia by introducing Arthurian motifs to her ‘Roman America’. Theoretically Dido could return — just — from Nantucket to England by travelling via South America between the June-July mists of Massachusetts and the late autumn mists of West Sussex (especially as Thrush, being fitted out as a steam screw naval vessel, was independent of favourable winds).

But here’s the rub: in 1999 Limbo Lodge (also known as Dangerous Games) appeared. Here was Dido in the Spice Islands in the South Pacific, chasing after a certain Lord Herodsfoot and getting involved in regime change (or rather restoration). It takes a huge leap of imagination as well as logistics for even a three-masted naval vessel equipped with a stern funnel and a steam-driven screw to travel from the eastern coast of South America via the Pacific to England between September and November 1835. And that’s not allowing for any adventures on the way.

You see the dilemma: either Dido’s Pacific excursus occurs in some kind of Dreamtime or it will take her many months to circumnavigate the globe. After all, it took Phineas Fogg 80 days to get round the world in the 1870s by both rail and steamer, and Fogg travelled a shorter distance by never having to enter the southern hemisphere.

If Dido gets back to England as late as 1836 she still has time to visit Nantucket Island on her return leg, given that she is supposed to have visited her friends there in this year (according to Night Birds in Nantucket). However there is an additional conundrum: in Dido and Pa Sophie, who we gather from textual evidence was born like her twin Simon on April 10th 1818, specifically says she won’t be 18 (and therefore old enough to inherit Bakerloo House) until the following year, which has to be 1836.

What is this textual evidence? At the start of Black Hearts in Battersea Simon appears to be “about fifteen” in late summer, 1833, and given that his twin in Dido and Pa tells one of the Birthday League lollpoops that her birthday is April 10th it all seems to suggest that the pair were born in 1818. However, it all depends on the statement that Simon “appeared to be about fifteen”; he could, of course, be younger than he appears to be, and therefore instead be born in 1819. Given what subsequently happens to Simon in the Chronicles, are we justified in thinking that he and Sophie were born in the same year as our very own Queen Victoria? This re-dating would solve the conundrum at a stroke!¹

And now we come to the minor dilemma posed in the Wolves chronology.² The Cuckoo Tree opened in early November, but a day later Dido declares it is November 1st. I proposed that Dido encountered the two witches on All Hallows Eve — Halloween — and one could stretch matters by pretending that the night before November began could count as a November evening. The subsequent timeline would have made King Richard’s coronation occur on the eleventh of November, our Armistice Day.

However, Dido and Pa (which, if you remember, “begins immediately after the end of The Cuckoo Tree“) opens with

Dusk was closing in over the South Downs on a find, bitterly cold, windless evening in late November, a hundred years ago…

I admit I find it hard to accept November 11th as “late November”, can you? What’s our alternative?

Perhaps we may have to regard the usually reliable Dido as not being infallible when she tells Captain Hughes the date of November 1st, and that her globetrotting has resulted in some confusion (unlikely, I know, when she has just travelled thousands of nautical miles on a naval vessel). Here’s another way of approaching the issue, using another fixed date.

On a visit to Petworth in The Cuckoo Tree Dido discovers a fair in full swing. Now Petworth fair is traditionally held on St Edmund’s Day, November 20th, though in previous centuries it took place over as much as nine days. If we have to recalibrate the timeline for The Cuckoo Tree, this will naturally affect what happens in Dido and Pa, thusly:

I think we can safely regard November 25th as “late” November. This means that in outline Dido and Pa‘s timeline could be:

THE SHAPE OF THINGS TO COME

¹ An anachronism occurs in this alternative history in which Queen Victoria did not reign: wolves are described as crossing the frozen Thames and invading Lambeth, Westminster and Millbank before going on to Victoria, Pimlico, the Strand, Whitehall and St James’ Park (where they meet Dido’s Pa). I can only explain the area of Victoria being named either after a previous queen, perhaps James III’s mother, or else after Queen Boadicea, whose correct Celtic name — Boudicca, modern Welsh Buddug — could accurately be translated as Victoria. (Buddug, by the way, is pronounced ‘Bithig’, with a voiced ‘th’ as in the word ‘the’.)

² There is another puzzle which is hard to ignore: Simon is the current Duke of Battersea, but a Battersea family tree shows the previous Duke not dying until 1840. I have a few thoughts on this discrepancy, but I shall leave discussion till a post on all the personages we meet in this novel.

You may have noticed the agreeable coincidence that Wrinkles in Time has been posted today, November the twentieth, which is St Edmund’s Day, the day of the Petworth Fair. An added bonus for me is that my home town Crickhowell has the only medieval church dedicated to St Edmund in Wales, founded around 1300 by Sybil Turberville, wife of Sir Grimbold Pauncefote, names that sound as though Joan Aiken herself had made them up!

10 thoughts on “Wrinkles in timelines” 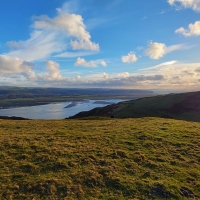 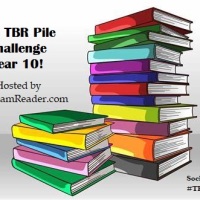