Many years ago I had a Chinese poster from the Communist era showing the interior of a classroom. On a wall was a world map which — and this is what particularly interested me — positioned China dead centre. In a flash I understood where much of that country’s paranoia came from: to the left was Western Europe and Soviet Russia and its satellites, to the right was the USA, and it was quite clear that Red China felt completely beset by rivals or foes. Are we surprised that Chinese corporations are now busy exploiting commercial opportunities all around the Indian Ocean, South America and elsewhere if their maps continue to suggest China’s a beleaguered country?

It was a natural step for me to realise that America’s own Cold War paranoia stemmed from its world view, US maps showing the country surrounded by Chinese communists to its west and, to its east, communist Eastern Europe and Russian Soviets. No wonder conservative Americans worried about Reds under the bed and commie sympathisers.

On the other hand, the British psyche was long buoyed up by its being centrally placed on its world maps, the globe’s chronology even being set by Greenwich Mean Time. Huge swathes of the world were coloured pink — Canada, bits of Africa, Australia and innumerable colonies and possessions — until, in the mid-20th century, that Empire was slowly but surely eased from its hands. Right now Britain also feels embattled, cut loose from its former Empire, increasingly casting itself adrift from Europe and encouraged to believe itself menaced by ‘swarms’ and ‘floods’ of immigrants.

It’s interesting how we create and maintain a view of the world from our own perspective, despite Donne’s reminder that  END_OF_DOCUMENT_TOKEN_TO_BE_REPLACED 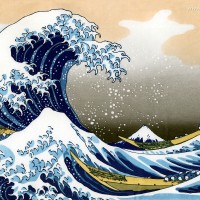 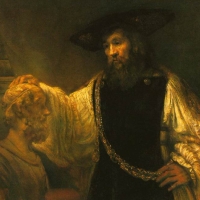