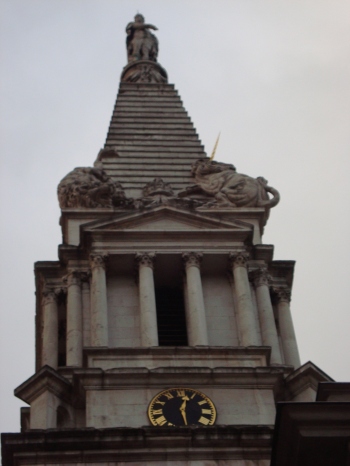 Having recently read and enjoyed Erskine Childers’ The Riddle of the Sands, a thriller about a projected German invasion of Britain published in the first decade of the twentieth century, I was drawn to Chesterton’s The Man Who Was Thursday. After all, this first appeared in that same decade, in 1908, and ostensibly concerned an anarchist conspiracy, hatched in Britain, to cause disruption by assassinating the Russian Tsar in Paris. The very title promises us plots, codenames and derring-do. But I was to find that Chesterton’s intentions in writing this novel were rather different from Childers’ concern to highlight what he saw was a very real national threat.

The plot, convoluted as it is, can be reduced to a few sentences. Gabriel Syme is a poet who gets drafted in as a police detective by a mysterious stranger to investigate an anarchist conspiracy. He makes the acquaintance of another poet, Lucian Gregory, along with his sister Rosamond Gregory in the West London suburb of Saffron Park (Bedford Park by another name). Lucian calls himself an anarchist poet, and challenges the more conservative Syme to pay a visit with him to an underground (literally underground, as it turns out) anarchist movement. The poet-cum-detective incredibly then gets elected to the inner cabal of seven Anarchs who answer to the name of the seven days of the week. Syme, as Thursday, gradually discovers the secret of each of the other Anarchs, with a final revelation taking place at the home of Sunday, the leader of the Central European Council.

If the basic plot appears to follow the precepts of the standard detective thriller, the same can’t be said of the content. Chesterton himself described The Man Who Was Thursday as ‘a new kind of novel’, a story in which ‘modern thoughts are typified by rapid symbolic incidents – an allegorical comedy’. In other words, the novel was not as it at first seems but was to be read as something else. Chesterton had, after dabbling in the occult while at the Slade School of Art, reverted to orthodox Christianity, later converting to Catholicism in the twenties. His born-again fervour permeates this novel which, in a way, is an extended parable: more than an allegory, it is full of passing homilies couched in the dialogues Syme has with his fellow conspirators. The climax of the novel has a very Biblical flavour, tinged by references to skyscapes and colours which reflect his art education and his admiration for Symbolist painter George Frederic Watts (who had died in 1904).

I can enjoy the occasional humour and wit, and what would now be called magic realism doesn’t faze me, but the overt preaching, patronising tone and pauses for reflection in what pretends to be a thriller is not an approach to novel-writing that attracts me. Moreover, most of the characters are stereotypes or ciphers. Gabriel Syme himself combines the name of the archangel and the Greek island of Syme, said to be the birthplace of the Three Graces, Aglaia (Beauty), Euphrosyne (Joy) and Thalia (Grace). The poet Lucian’s name is deliberately reminiscent of Lucifer, bringer of light and renegade angel, while his sister Rosamond, ‘the girl with the gold-red hair’ who is the final figure in the novel, is meant to remind us of that Christian symbol Rosa Munda, ‘pure rose’. Insofar as they might be based on real people – Rosamond for Frances, Chesterton’s wife and Syme for Chesterton himself, for example – their function is to personify ideals.

This being one of OUP’s World’s Classics titles, there is a scholarly introduction with appended notes. They are provided here by Stephen Medcalf, by all accounts an outstanding old school academic who died in 2007, whose High Anglican loyalties lend a partisan flavour to the commentary. Included in this edition are related pieces by Chesterton: A Picture of Tuesday (a short story about painting in a School of Art not unlike the Slade), The Book of Job (a commentary on the Old Testament book) and The Diabolist, the last of the three pieces closely related to themes in The Man Who Was Thursday, where I suspect diabolism is meant as the antonym to symbolism, the overarching feature of his novel.

I read this while on a holiday in London, the scene of so much of the novel’s action, and coincidentally passed many of the places mentioned, such as Regent’s Park Zoo; this edition includes a couple of maps of Edwardian London for those who are not familiar with the capital. But remember, this is a symbolic London, neither the real London nor, horror of horrors, an impressionist one: Impressionism as an artistic movement was anathema to Chesterton, redolent of the anarchist philosophy that he opposed.

6 thoughts on “A symbolic London” 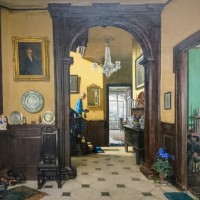 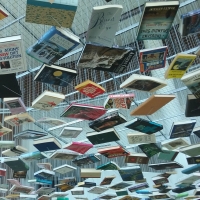 The Sea of Books

This blog is a chronicle of my reading journey.